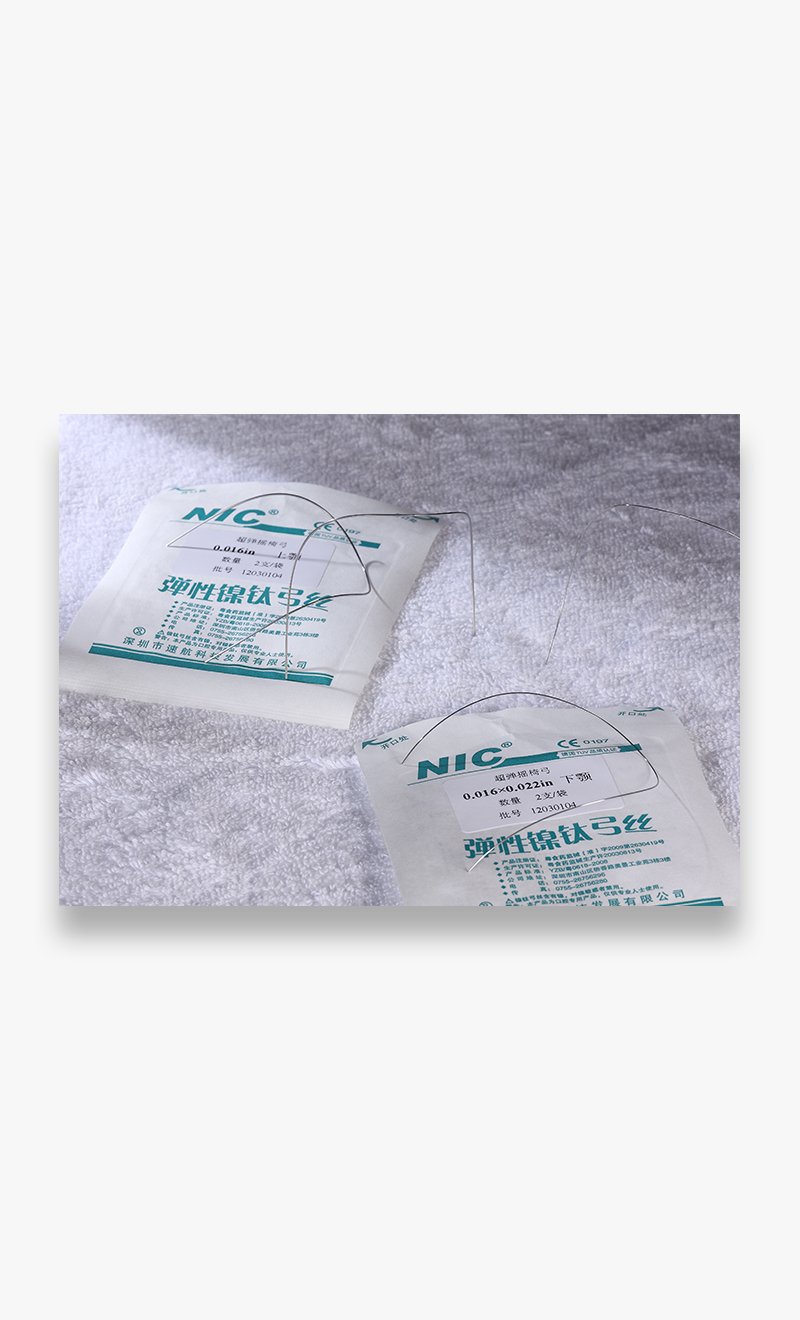 The rocking chair type nickel-titanium arch wire is formed by special shaping treatment to form an anti-Spiral arc, which can lower the anterior teeth to open the occlusal (occlusal)